RVA (relative virtual) addresses
You can now use addresses relative to a module image base. This is especially useful if you work with a relocatable module. 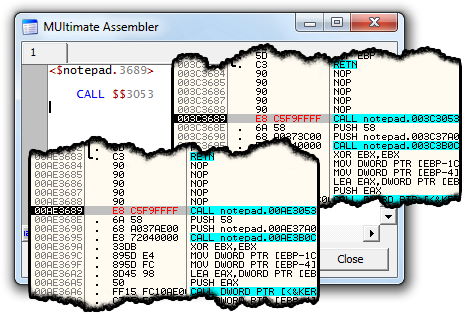 Commented comments
Sometimes you want specific comments to appear in the editor, but not in OllyDbg. Function name/parameters are good examples.
You can use double semicolon (;;) to have such comments.

General improvements and bug fixes
Including a crash fix and a hang fix.

One Response to “MUltimate Assembler v1.7”